Canaccord Sets Expectations On AT&T Ahead Of Q4/14 Earnings

Canaccord Genuity analyst Gregory Miller is weighing in with some forecasts on AT&T Inc (NYSE:T), as the company will report fourth-quarter results after the market closes on Tuesday, January 27. The analyst rates the stock a Hold with a $34 price target.

Miller wrote, “We are tweaking our numbers ahead of the release to account for recent developments in the wireless industry. More specifically, we believe highly competitive promotions during Q4/14 likely pressured subscriber churn and net additions, negatively impacting revenue and margins. We expect management to provide an initial outlook for 2015 in conjunction with the report, which we believe will highlight continued pressure on wireless ARPU and churn, and stable performance in the wireline business ahead of the anticipated closing of the DirecTV acquisition, likely sometime in Q2. While the company continues to cast doubt on the sustainability of recent competitive actions in wireless, we believe 2015 will still prove to be challenging in both wireless and wireline”

The analyst concluded, “Given the heighted competition in the wireless market, a slow turnaround in wireline and the very early days of the company’s new strategic acquisitions (DirecTV and Iusacell), we reiterate our HOLD rating.” 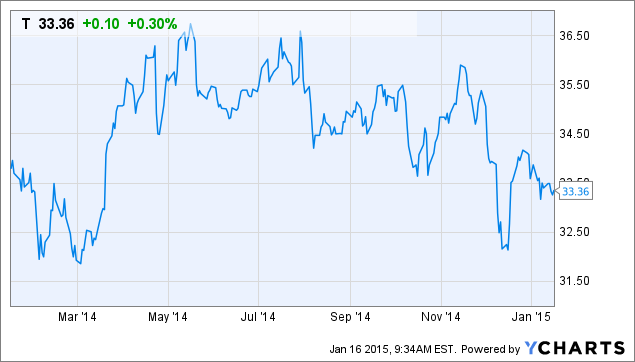