Canaccord Sets Expectaions on Verizon Communications Inc. Ahead of Earnings

Canaccord Genuity analyst Gregory Miller weighed in with a few insights on Verizon Communications Inc. (NYSE:VZ), as the company will be reporting first-quarter earnings next Tuesday morning, April 21. The analyst reiterated a Buy rating on the stock, with a price target of $54, which represents a potential upside of 10% from where the stock is currently trading.

Miller wrote, “We expect Verizon to report a solid, in-line quarter when it announces results next Tuesday. On the heels of a very competitive 4Q14, we note wireless promotional activity was relatively subdued industry-wide in the seasonally weak 1Q15, which should allow for modest net additions and relieve margin pressure at least temporarily.”

“We expect management to update guidance but do not anticipate material changes absent potential impact from the recently announced transactions and spectrum acquisition, which have both been discussed with investors already. On the regulatory front, we believe management will offer thoughts on the FCC’s net neutrality rules, which are now in the federal register and against which the industry trade group and, separately on its own, AT&T, are appealing in court, but expect language to be consistent with prior comments.”, the analyst added. 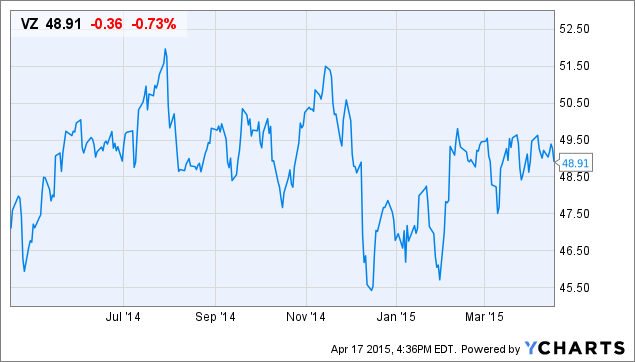