In a research report issued April 30, Canaccord Genuity analyst John Newman reiterated a Buy rating on Celgene Corporation (NASDAQ:CELG) with a price target of $156, after the company reported first-quarter financial results and held a conference call yesterday to provide a corporate update.

Newman wrote, “Revlimid sales beat 1Q numbers even with negative FX headwind and increased Medicare doughnut hole payments, posting $1,343M in sales and beating consensus ($1,330M) and our estimates ($1,335M). Additionally, the company plans on expanding Revlimid in newly diagnosed multiple myeloma (NDMM) patients with an expected launch in US soon and continued progress regarding reimbursement discussions in the EU, which we believe will continue to drive Revlimid shares in 2015.”

“We look forward to updates on the MM-020 and FLASH meta-analysis in follicular lymphoma at the upcoming ASCO meeting to be incrementally positive. If Revlimid given continuously maintains a positive PFS curve separation vs. Revlimid given for 18 months, we believe duration of therapy for the drug may increase, a driver for sales.”, the analyst added.

The analyst moved on to Abraxane sales, noting, “Consistent with historical 1Q trends, US buying patterns in 1Q for Abraxane was weaker vs. other quarters, with sales ($223M) slightly lower than consensus ($240M) but above our estimates ($219M). However, we expect sales to pick up, especially since launch in the EU for pancreatic and lung cancer should help with the revenue momentum.” 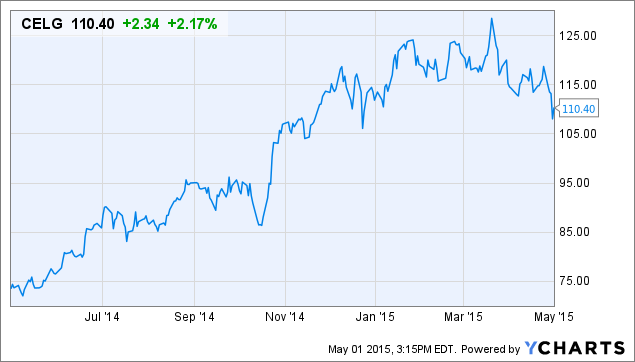