In a research report released Thursday, Canaccord Genuity analyst Stephen Berman maintained a Buy rating on Penn Virginia Corporation (NYSE:PVA) with a $9.00 price target, which represents a potential upside of 45% from where the stock is currently trading.

Berman noted, “PVA has built a sizable ~103K blocky and contiguous net acre position in the volatile oil window of the Eagle Ford (EF) and has generated solid results through the drillbit while bringing down costs at the same time. We also consider PVA to be the most likely takeover candidate in our coverage universe. We reiterate our BUY, particularly following yesterday’s sell-off, which we feel was an overreaction to the Q4/14 production miss.”

The analyst estimates PVA exited 2014 with ~$470M of liquidity, which is roughly twice the cash burn he is modeling for 2015 and 2016 combined. “While the borrowing base is likely to go down modestly this year, the company should remain in good shape with regards to liquidity.”, Says Berman. 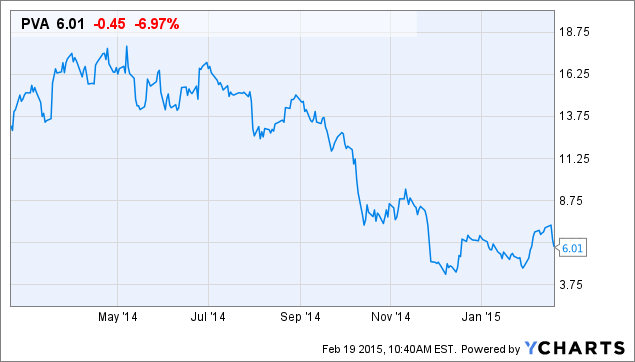