Berman wrote, “WLL has a very sizable acreage position in the core of the Williston Basin (WB), bolstered by last year’s acquisition of KOG. The company is also a leader in employing enhanced completion techniques in the play. That said, the stock has appreciated to the extent that we believe it is now fully valued. Thus, we remain on the sidelines.”

On the financial front, “WLL announced that its $4.5B borrowing base was reaffirmed. The company is electing a $3.5B commitment and the revolver was undrawn at the end of Q1. The debt covenant was also relaxed from 4.0x total debt/EBITDAX to 2.5x secured debt/EBITDAX. However, the prior covenant will go back into effect at the end of 2016. The company also sold non-core E&P assets for $108M in April. At quarter’s end, liquidity was ~ $3.6B. That amount should be more than ample to cover the combined outspend we project from Q2/15 through the end of 2016.” 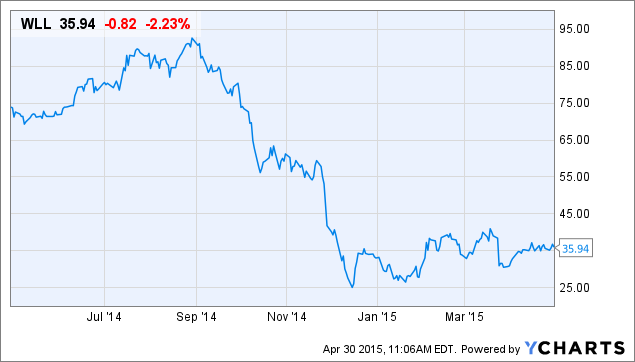 Canaccord Heads to Sidelines on Whiting Petroleum Corp; Here’s Why