Canaccord analyst John Quealy came out today with some commentary on Westport Innovations Inc. (NASDAQ:WPRT), following the news that the company struck a deal to acquire Fuel Systems Solutions Inc. in an all-stock deal valued at roughly $136.4 million that will combine two alternative-fuel technology companies. The analyst rates the stock a Hold, with a $6 price target, which implies an upside of 77% from current levels.

Quealy wrote, “If effectuated, the combination would create a global leader in the alternative fuels space, with pro forma revenues of ~$380-405M projected for 2015 (guidance reiterated for both entities as part of Tuesday’s announcement) and a combined EV of ~$351M based on prior close share prices.”

“While we like the boldness behind the proposed transaction (expected to be accretive to adjusted EBITDA in ’16 ex deal costs, with goal of positive adjusted EBITDA in H2/16 staying on track), as it combines two of the long-time leaders in alternative fuel transportation market, we stay on the sidelines given the cyclicality of the tougher oil/ Europe/China macro and what likely (in our view) is a year+ of integration, execution and potential fundraising, resulting in a more balanced risk/reward at current levels,” the analyst concluded.

According to TipRanks.com, which measures analysts’ and bloggers’ success rate based on how their calls perform, analyst John Quealy has a total average return of 1.8% and a 36.1% success rate. Quealy is ranked #1477 out of 3742 analysts.

Out of the 9 analysts polled by TipRanks, 8 rate Westport Innovations stock a Hold, while 1 rates the stock a Buy. With a return potential of 122.6%, the stock’s consensus target price stands at $7.56. 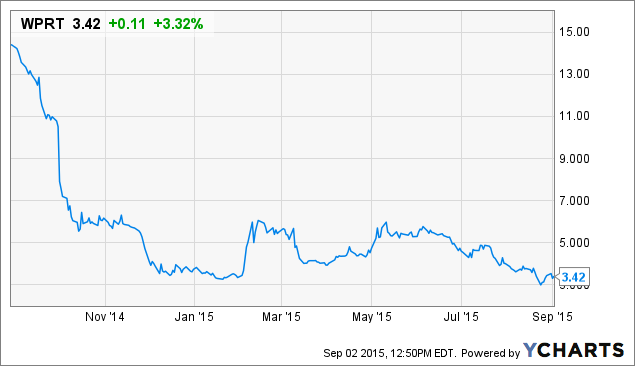