In a research report issued today, Canaccord analyst Gregory Miller reiterated a Hold rating on AT&T Inc. (NYSE:T) with a $34 price target, after the company reported first-quarter results after the close on Wednesday that were largely in line with expectations.

Miller noted, “Overall wireline results remained challenged with continued double-digit legacy declines along with increased foreign exchange headwinds offsetting the growth in the company’s strategic services that remains strong, although likely lower margin. We believe it is clear that the company is managing the increasingly competitive US wireless market well and dealing with continued secular headwinds in the wireline market appropriately, along with looking out for what it believes to be attractive businesses/markets that might drive growth in the future”

“We will remain on the sidelines with any purchase recommendation, however, until it is clear that the accelerating growth of video streaming adoption by consumers has not put at greater risk the to-be-acquired video operator (DTV) that commands one of the highest video ARPUs in the industry. With minimal changes to our forward estimates, we retain our HOLD rating.”

According to TipRanks.com, which measures analysts’ and bloggers’ success rate based on how their calls perform, analyst Gregory Miller has a total average return of 8.4% and a 73.4% success rate. Miller is ranked #544 out of 3577 analysts. 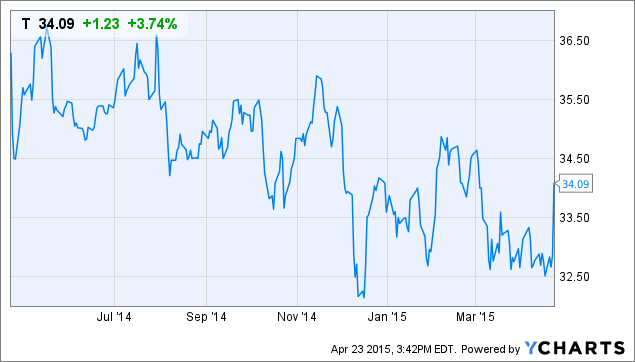