Canaccord Genuity analyst Alex Brooks weighed in today with a cautious view on Seadrill Ltd (NYSE:SDRL), after the company reported first quarter earnings results, posting EPS of $0.75 compared to Brooks’ estimate of $0.62. The analyst reiterated a Sell rating on the stock, with a price target of NOK70, which represents a potential downside of nearly 27% from where the stock is currently trading.

Brooks noted, “There is little to cheer in the outlook, and Seadrill’s release is commendable for its honesty: the main customer conversations are “oil companies seek[ing] to renegotiate or cancel contracts,” and with so few new contracts available, “rig owners face a challenging market… against the limited work available.” Expectations are no longer for a turn in the market in 2016, but more likely in 2017 – which means earnings (which are a lagging indicator of rig market conditions) will trough most likely in 2018.”

Furthermore, “This grim outlook is common to the entire industry, but Seadrill has two features that distinguish it: first, it has the most modern fleet of the large-cap drillers, which is an unalloyed positive. As confirmed on the conference call, the large-scale scrapping of rigs currently in full swing will have only a limited impact on Seadrill’s fleet. Second, and less happily, it has an unusually aggressive approach to financing, which has enabled it to go from a start-up in 2005 to the world’s second largest deepwater fleet, largely through a strategy of short-term secured financing. In the current downturn, the need to refinance this debt has become the dominant feature of Seadrill’s cash flow.” 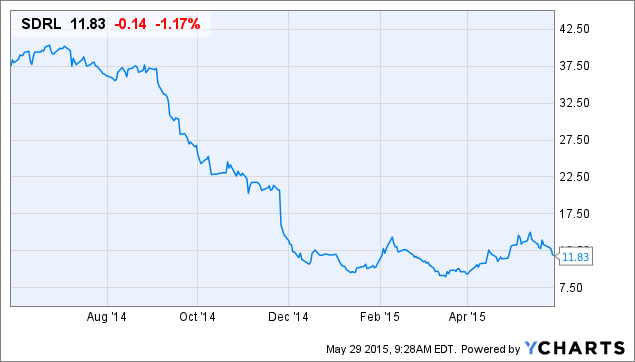