Mazumdar noted, "Although a positive with respect to meeting guidance, the first pour remains within our forecast. MDW continue to guide to their first commercial production scale pour on March 30th when they will also provide the market their much anticipated 2015 guidance for the Pan project. We maintain our target price (C$0.70) and Hold rating as our concern about the company's capacity to fund our estimated working capital shortfalls in 2015 has yet to be assuaged. We detailed our concerns in our March 17, 2015 research note after the independent auditors commented that ‘material uncertainties exist which cast doubt about (the company’s) ability to continue as a going concern’. Guidance (tonnage placed, head grade, lagged recoveries, operating costs) would provide more certainty on the amount of potential cash flow sourced from operations." 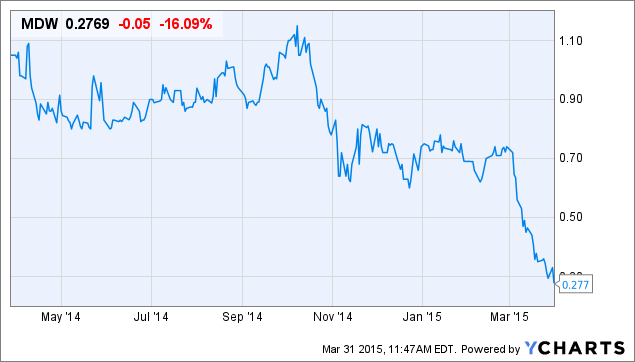