In a research report released Monday, Canaccord Genuity analyst Michael Graham maintained a Buy rating on Facebook Inc. (NASDAQ:FB) with an $88 price target, which represents a potential upside of 13% from where the stock is currently trading.

Graham wrote, “We believe Facebook should have a solid Q4, and see clear potential to raise revenue estimates for 2015-2016. In addition, we believe it is fairly likely Facebook will grow 2015 expenses below the mid-point of its current guidance. While Facebook stock is arguably THE current “consensus long” in the Internet sector, we continue to believe it has plenty to offer for a wide range of investors, including those focused on estimate revisions, “GARP”, and/or large cap growth.” 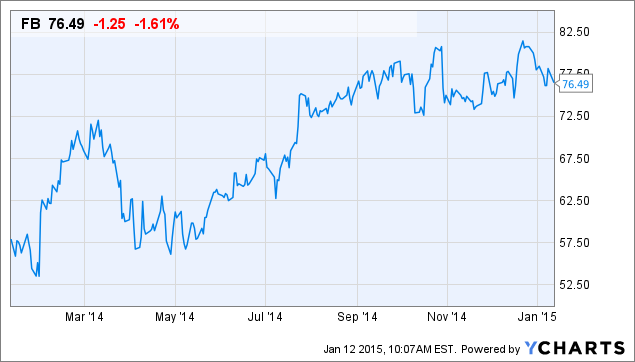