In a research report issued today, Canaccord Genuity analyst Michael Graham reiterated a Buy rating on Twitter Inc (NYSE:TWTR) with a $56 price target, after hosting investor meeting with management. The analyst believes the stock is mid-way through a process of winning back investors after a rough end to 2014.

Graham noted, “Twitter continues to deliver on key initiatives to enhance user and advertiser experiences outlined at its analyst day. User innovations are happening at a rapid and sustained pace, with several full launches, a few in the test phase, and more planned. Progress here is helping sentiment turn in Twitter’s favor, with the stock up ~13% in the past several weeks following Q4 earnings. We were encouraged by the positive stock reaction to Q4 earnings (marked by sluggish MAU growth but strong revenue) as similar results in Q3 had previously sent the stock lower. While the stock has less valuation support than close peer FB (BUY rated), we expect much more dynamic EPS growth from TWTR over the next few years.” 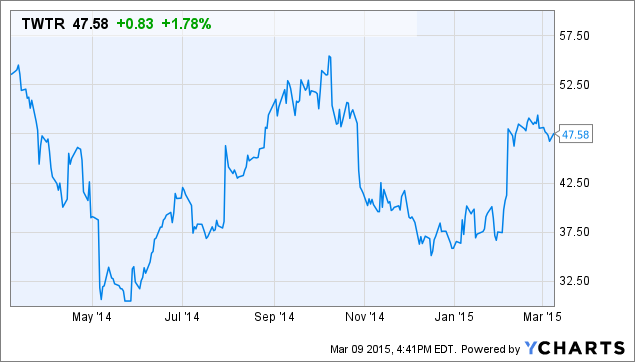