In a research report issued today, Canaccord Genuity analyst Stephen Berman reiterated a Hold rating on Goodrich Petroleum Corporation (NYSE:GDP) with a $3.50 price target, following the company’s fourth-quarter results, posting EPS/CFPS of ($0.47)/$0.71 compared to Berman’s estimates of ($0.40)/$0.68 and consensus of ($0.44)/$0.56.

Berman stated, “No company is more levered to the Tuscaloosa Marine Shale (TMS) than GDP, which has over 300K net acres in the play. The company is making progress with its TMS well completions and bringing costs down. In today’s lower oil price world, however, the economics of the play are challenging. GDP also has uncomfortably high leverage; liquidity will be helped, however, by the second lien note issuance announced this morning.” 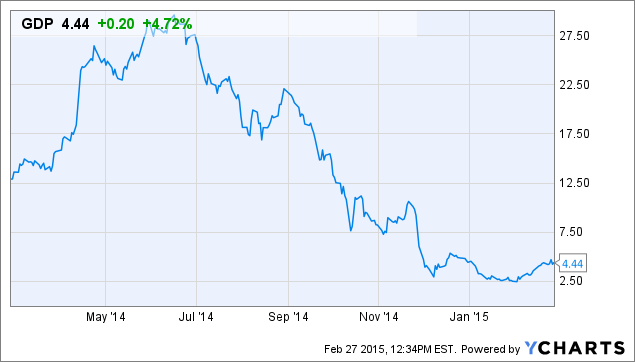