In a research report released Tuesday, Canaccord Genuity analyst John Newman maintained a Hold rating on AcelRx Pharmaceuticals Inc (NASDAQ:ACRX) with an $8.00 price target, following the news that the company received positive feedback from the FDA regarding its proposed protocols for the human factor (HF) studies, which the agency has deemed “acceptable” but without any additional guidance.

Newman wrote, “We believe this is incrementally positive as it decreases the overhang possibility of running new studies to collect additional patient data, which could further delay the resubmission of Zalviso. The company has HF data in the healthy volunteer group demonstrating the ability to follow the revised instructions that will be submitted to the agency for review. We expect an on-time NDA submission by 1Q15 and a six-month review, with possible decision by 3Q15, a critical catalyst for the stock.”

However, “We await on the results from the post-op patient population, which we believe is more significant for the FDA review process. Importantly, the post-op population represents the true demographic that will actually use this drug/device combo. The study is currently completed in postop patients, and we expect results possibly by 1Q15 to be included with the NDA submission.” 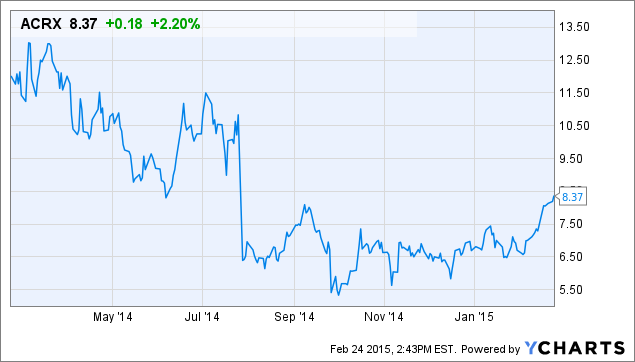