Canaccord analyst Stephen Berman came out with his views on Oasis Petroleum Inc. (NYSE:OAS), after the company reported its first-quarter earnings. The analyst reiterated a Hold rating on the stock with a $14 price target, which implies a downside of 9% from current levels.

Furthermore, “New wells brought on during Q1 exceeded production expectations with over 60% of the wells completed with high intensity stimulations. Based on Q1 performance, OAS expects to produce between 47-49 MBoe/d in Q2 and and 46-49 MBoe/d for FY 2015. Prior FY 2015 guidance was 45-49 MBoe/d. We are currently modeling 46.7 MBoe/d for Q2 and 47.6 MBoe/d for the full year.” 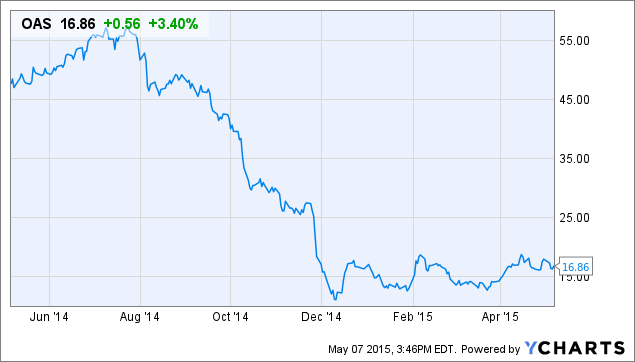