In a research report released Monday, Canaccord Genuity analyst Greg Miller reiterated a Hold rating on AT&T (NYSE:T) with a $35 price target, following a review of AT&T’s 10-Q filing for its second-quarter.

Miller wrote, “We are slightly lowering our estimates on weaker-than-initially-expected wireline trends. Specifically, the filing disclosed consumer U-verse VoIP lines were slightly higher than initially presented in the earnings release. While largely immaterial, the change implies a steeper decline in consumer switched access lines than we initially expected. We now assume a slightly greater acceleration in line losses and are lowering our wireline and consolidated estimates as a result. As these revisions have no impact on our thesis or valuation.” Miller continued, “While having minimal impact to 2014 given we are already halfway through it, we believe greater-than-expected line losses will pressure wireline – and consolidated – results on the margin. The result is a roughly $200M reduction in 2015E EBITDA which, though less than 50bps, produces a $0.02 drag on EPS.”

According to TipRanks.com, which measures analysts’ and bloggers’ success rate based on how their calls perform, analyst Greg Miller has a total average return of 8.2% and a 76.3% success rate. Miller is ranked #723 out of 3273 analysts. 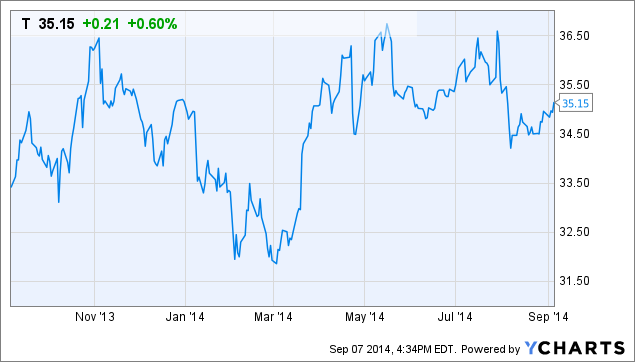