In a research report issued Friday, Canaccord analyst Arlinda Lee reiterated a Buy rating on shares of Ultragenyx Pharmaceutical Inc (NASDA:RARE) with a price target of $120, after the company announced positive top-line data from the pivotal Phase 3 trial of recombinant human beta-glucuronidase (rhGUS) in replacement therapy in development for Mucopolysaccharidosis 7 (MPS 7) is being presented at the 14th International Symposium on MPS and Related Diseases.

According to TipRanks.com, which measures analysts’ and bloggers’ success rate based on how their calls perform, analyst Arlinda Lee has a yearly average return of -26.2% and a 19% success rate. Lee has a -21.9% average return when recommending RARE, and is ranked #3964 out of 4060 analysts.

Out of the 13 analysts polled by TipRanks, 11 rate Ultragenyx Pharmaceutical stock a Buy, 1 rates the stock a Hold and 1 recommends a Sell. With a return potential of 95%, the stock’s consensus target price stands at $96.45. 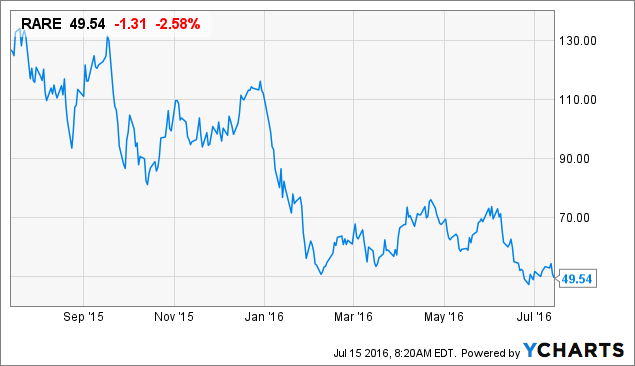