In a research report released Monday, Canaccord analyst Camilo Lyon reiterated a Buy rating on shares of Under Armour Inc (NYSE:UA) with a price target of $105, as he believes that the upcoming investor day on September 16th will likely serve as a catalyst for the stock.

Lyon stated, “As it has done in past events, we anticipate UA will provide an update to its threeyear sales and EBIT dollar growth targets, likely keeping both in the 20-25% annual growth range. Recall at its last investor event in 2013, the company issued 2016 sales and operating income guidance of $4B and $480M, respectively; targets it is on pace to blow past (by $750M and $50M, respectively). Applying the midpoint of the growth rates to our 2016 estimates implies UA will speak to achieving 2019 sales and EBIT of approximately $8.5B and $980M, respectively. With no other company in our universe growing at such an impressive and consistent rate, we reiterate our BUY on UA.”

Out of the 21 analysts polled by TipRanks, 14 rate Under Armour stock a Buy, while 7 rate the stock a Hold. With a downside potential of 3%, the stock’s consensus target price stands at $93. 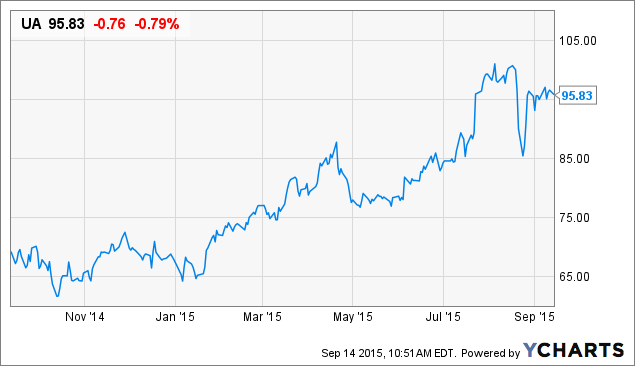