In a research note released today, Canaccord analyst Corey Davis reiterated coverage with a Buy rating on shares of Salix Pharmaceuticals (SLXP) and a $161.00 price target, following yesterday’s news of a definitive merger agreement under which Salix will combine with Cosmo Technologies Limited (“Cosmo Tech”), a subsidiary of Cosmo. Salix is buying the part of Cosmo that is based in Ireland in an all-stock deal to become an Irish company and lower its tax rate from the high 30s to the low 20s.

Davis comments: “Because there were many who viewed Salix as a takeout, some may be disappointed with this deal. But we don’t see how this eliminates that possibility (if only perhaps delays it) and think it even makes the company more attractive in the long run. With the pending Xifaxan IBS indication, the revived chance for oral Relistor approval (not in numbers), newly improved margins from the Cosmo deal, new pipeline products from Cosmo, and the lower tax rate, we see Salix as a good investment on its own merits and it remains our top pick”.

According to TipRanks.com, which measures analysts and bloggers success rate based on how their calls perform, analyst Corey Davis currently has an average return of 39% and a 80% success rate. Davis has a 30.7% average profit recommending SLXP, and is ranked #29 out of 3182 analysts. 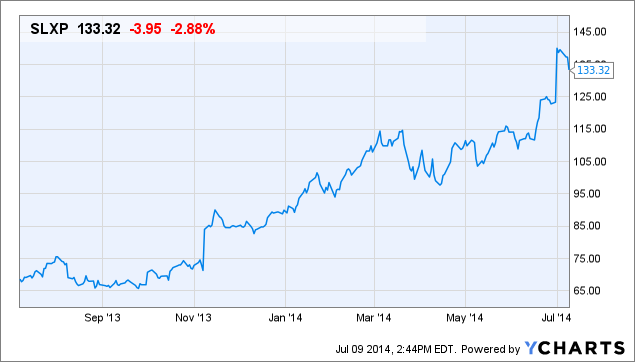