In a research report released Monday, Canaccord analyst John Newman reiterated a Buy rating on shares of Palatin Technologies, Inc. (NYSEMKT:PTN) with a $6 price target, following the news that Palatin and Gedeon Richter mutually agreed to terminate the license and collaboration agreement for bremelanotide for the treatment of female sexual dysfunction.

Newman observed, “Palatin now owns 100% of the worldwide rights for bremelanotide, following return of EU rights from Gedeon Richter, which we view as a positive. Palatin expects Phase 3 data readout in 3Q16, which we believe will be positive. Importantly, we believe that internal issues at Gedeon Richter, including a significant decline in sales from Russia and an overall decrease in R&D spend, impacted the decision to return EU rights. We do not believe Richter’s or Palatin’s decision was affected by the ongoing Phase 3 trials as they are blinded.”

The analyst added, “Based on a favorable available data and current product profile, we believe bremelanotide has a 75% probability of drug approval in US and ex-US. Palatin ended its FY15 in June with ~$27.3M, and added ~$29.7M in a July financing, which should sustain the company to Phase 3 data in 3Q16. We continue to view PTN as a highly undervalued small-cap specialty pharma company, with a Phase 3 late-stage asset in bremelanotide followed by the natriuretic peptide program for heart failure, which is also 100% unencumbered.”

All the 4 analysts polled by TipRanks rate Palatin stock a Buy. With a return potential of 567%, the stock’s consensus target price stands at $6. 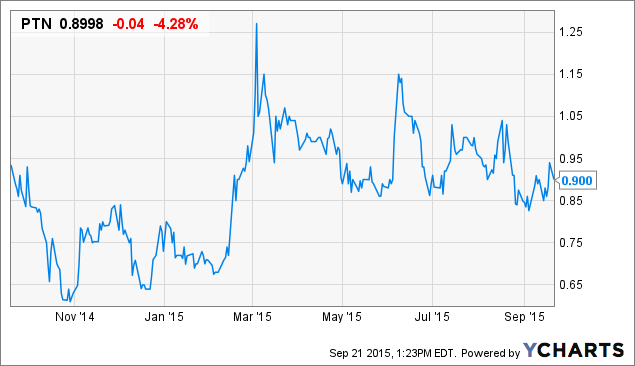