Canaccord Reiterates Buy On Gulfport Energy Ahead Of 2Q14 Report

In a report published yesterday, Canaccord Genuity analyst Karl Chalabala provided an optimistic view on Gulfport Energy (GPOR) heading into the company’s second-quarter earnings report. The analyst reiterated a Buy rating on shares but slightly lowered the price target to $79.50 (from $82).

Chalabala wrote, “Grizzly Oil Sands adjustment: We initially modeled out the Grizzly Oils Sands project as a direct contributor to our production and revenue estimates. Following a conversation with the company, we are updating our estimates to reflect its 24.9% interest solely as a NAV value. Per management, the company anticipates there will be a significant liquidity event for the asset late this year or early next”.

The analyst continued, “Q3 execution is key: We believe the biggest catalyst for the company will be the Q3 results, should the company deliver on its new operational strategy. As detailed in our July 16 initiation, Darkest Before the Dawn, we believe the initiatives the company deployed will benefit shareholders in the long run”. 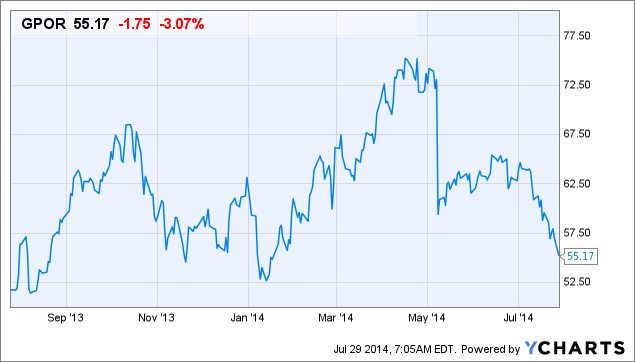