Canaccord Genuity analyst Stephen Berman reiterated a Buy rating on Goodrich Petroleum (NYSE:GDP) with a price target of $12, as the company announced its preliminary 2015 capital expenditure budget and operational update.

Berman observed, “We like GDP for its leverage to the emerging Tuscaloosa Marine Shale (TMS). No company is more levered to the TMS than GDP, which has over 300K net acres. The company is making strong progress with its TMS well completions, and, ultimately, in unlocking the vast resource potential of the play.” 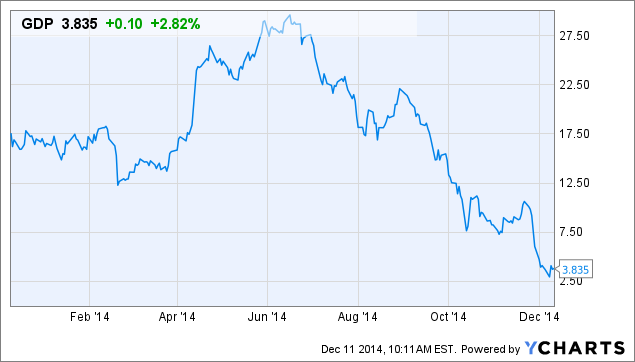