In a research report released today, Canaccord Genuity analyst Scott Van Winkle reiterated a Buy rating on Keurig Green Mountain Inc (NASDAQ:GMCR) with a $139 price target, after the company entered into an agreement to buy back 5.2 million shares from Lavazza for $623.6 million or $119.18 per share.

Van Winkle noted, “The move helps remove an overhang following a period of stepped-up selling activity by Lavazza that appears M&A-driven. Following the deal, Lavazza will maintain a 3% stake in GMCR.” The analyst added, “Beyond the GMCR share repurchase from Lavazza at $119, Coca Cola recently took delivery of the remaining tranche of shares from its follow-on investment dating back to May priced at approximately $130 per share.”

The analyst added, “Despite a slower debut for the Keurig 2.0 brewer, Keurig’s dominance of the market for home coffee brewers and its recovering K-cup market share is unchanged. We expect household brewer penetration to continue to grow meaningfully and the upcoming Keurig Kold launch to provide an incremental catalyst.” 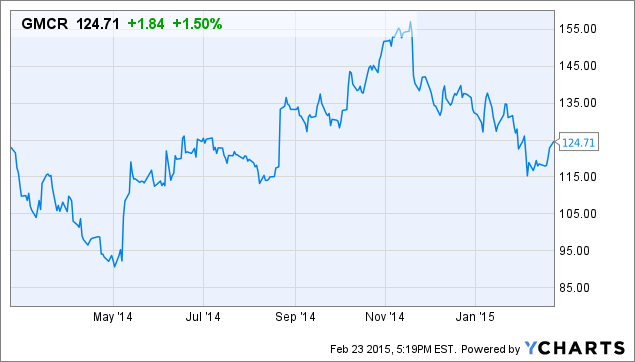