Canaccord Genuity analyst Jed Dorsheimer came out with a research note on Canadian Solar Inc. (NASDAQ:CSIQ), reiterating a Buy rating and slightly reducing the price target to $45 (from $46), which implies an upside of 32% from current levels.

Dorsheimer noted, “We maintain our BUY rating on CSIQ following several recent developments including industry YieldCo announcements and new European regulation developments and investigations. Overall, we believe that positive sentiment has returned to the solar group and investors await further details on Canadian Solar’s imminent YieldCo. Our optimism on the space continues and we remain buyers of the top names in the group, including Canadian Solar. While volatility is likely to remain until further YieldCo details are announced, we would be selective on pullbacks to build a position.” 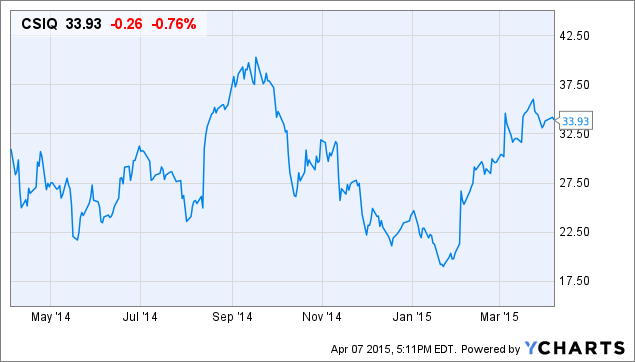