In a research report issued Friday, Canaccord analyst Camilo Lyon reiterated a Hold rating on shares of Nike, Inc. (NKE) and increased his price target to $76 (from $71) following Nike’s fiscal 4Q report. His new $76 target is based on 21x 2016E EPS, 14x EBITDA, and DCF.

According to TipRanks, which measures analysts and bloggers success rate based on how their calls perform, analyst Camilo Lyon currently has a one-year average return of 7.1% and a 57% success rate. He is ranked #533 out of 3135 analysts. 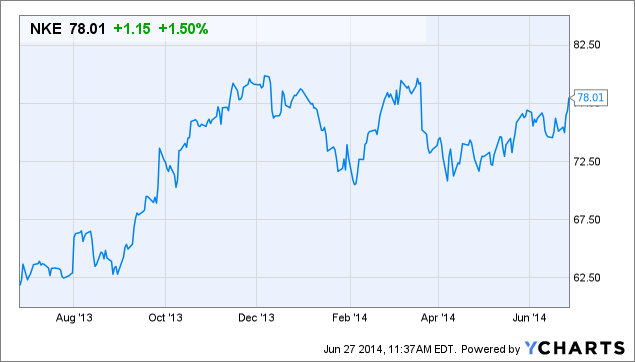