In a research report issued today, Canaccord Genuity analyst Camilo Lyon reiterated a Hold rating on Nike Inc (NYSE:NKE) and raised the price target to $96 (from 93), which represents a slight downside potential from current levels.

Lyon explained, "NKE reported EPS of 89c vs. our/consensus 84c/85c estimate. Relative to our model, sales missed our estimate by $142M (-2c), but a stronger gross margin (+140bps) helped by DTC and product mix (+2c) and $73M less in demand creation (+4c) helped drive the beat. Futures of 11% (cc) were stronger than our 9% estimate, an impressive feat considering it came from NA and China."

However, "While overall demand continues to be robust (particularly in basketball, sportswear, and parts of running), we are less inclined to be aggressive on the stock at 25x forward earnings. That said, in the current FX environment, companies that have strong core growth are being rewarded despite FX pressures on reported results – NKE falls into this camp."

According to TipRanks.com, which measures analysts' and bloggers' success rate based on how their calls perform, analyst Camilo Lyon has a total average return of 8.4% and a 61.8% success rate. Lyon is ranked #504 out of 3535 analysts. 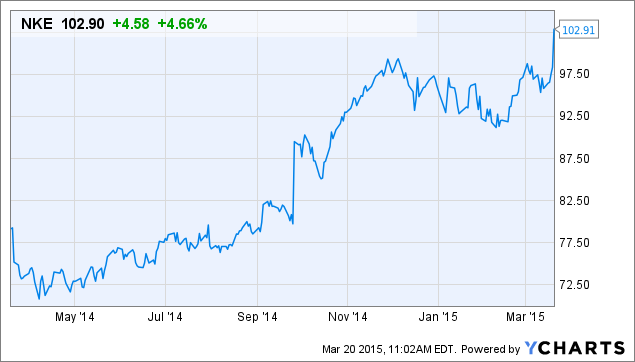