In response, Canaccord Genuity analyst John Newman maintained a Buy rating on Palatin shares, with a $6.00 price target, which represents a potential upside of 336% from where the stock is currently trading.

Newman explained, “We believe this has significant read through for PTN, since this will possibly be the first drug to be approved for female sexual dysfunction given the twice rejection from the FDA on Flibanserin previously, lifting the regulatory risk for this class of drugs. Importantly, the majority of the panel members agreed with the endpoints of satisfying sexual dysfunction (SSE) and other secondary endpoints as measurement of clinical efficacy for HSDD, which are the same endpoints measured in PTN’s bremelanotide study. Additionally, data from phase 2 trials with bremelanotide seems to be slightly better in terms of sexual satisfaction endpoints vs. flibanserin, which we believe will be reflected further in the phase 3 trials.”

Bottom line: “We believe the positive FDA AdCom on flibanserin decreases the regulatory risk of drugs approved for HSDD, and increase our probability of drug approval for bremelanotide in US and ex-US to 75% from 50%, which takes our PT to $6.” 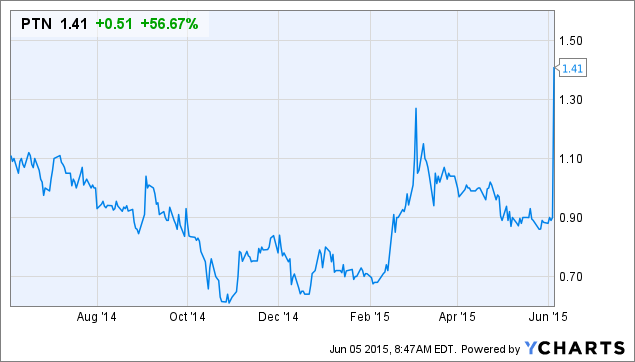