Canaccord Genuity analyst Michael Graham weighed in today with a favorable report on Google Inc (NASDAQ:GOOGL), raising the price target to $750 (from $650), while reiterating a Buy rating on the stock. The increased price target comes in light of Google’s second-quarter results that handily beat analyst expectations through stronger-than-expected revenue growth and tighter controls on costs.

In explaining his positive stance Graham wrote, “Google’s Q2 results were slightly ahead of consensus on advertising revenue with a more significant beat on profitability. While search growth remains strong, mobile and video picked up noticeably this quarter. Though the monetization gap between mobile and desktop is shrinking, YouTube’s impact is contributing to weaker headline CPC and paid click growth. Nonetheless, we view the revenue diversification as favorable to the overall business. Some opex leverage also came through in Q2, particularly in S&M, G&A, and lower legal expenses. ”

Furthermore, “Commentary from new CFO Ruth Porat, though ambiguous, struck a tone that may lead investors to feel more optimistic about an eventual program for returning capital to shareholders. As outlined in our May 27th note “Growth from nonsearch businesses & valuation parameters support BUY,” we continue to believe that growth from Google Play, YouTube, and Ad Tech will help sustain a fairly high growth rate for the company for several years.” 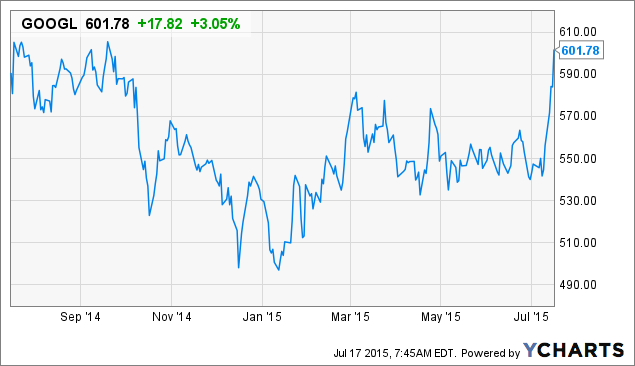