Box Inc (NYSE:BOX) shares are on the rise Thursday after the company reported a smaller-than-expected quarterly loss and raised its full-year revenue outlook on strong corporate demand for its cloud data storage products. In response, Canaccord analyst Richard Davis raised the price target to $21 (from $20), while keeping his rating on the stock at Hold.

Davis noted, “Box’s solid quarter is a foundation for a case that we may make for an upgrade sometime in the future. Of course, ratings are about potential reward and risk so that once we feel we can make a logically rational case that we can see a path to profitability, we will revisit our HOLD rating. Meanwhile, shorter term, we are pleased that we suggested this quarter’s results could surprise positively since we don’t always get those calls right.”

The analyst continued, “Box nicely increased the midpoint of full-year revenue guidance by $5M, more than accounting for the $2M upside in the quarter. Guidance for non-GAAP operating margins was also increased by 1%. Commentary on gross margins suggested a bottoming out at roughly 74% in Q4/16 or Q1/17, which should then see an eventual return to current levels and hopefully better.”

According to TipRanks.com, which measures analysts’ and bloggers’ success rate based on how their calls perform, analyst Richard Davis has a total average return of 7.2% and a 59.2% success rate. Davis is ranked #365 out of 3621 analysts.

Out of the 6 analysts polled by TipRanks, 5 rate Box stock a Hold, while 1 rates the stock a Buy. With a downside potential of -17.4%, the stock’s consensus target price stands at $16. 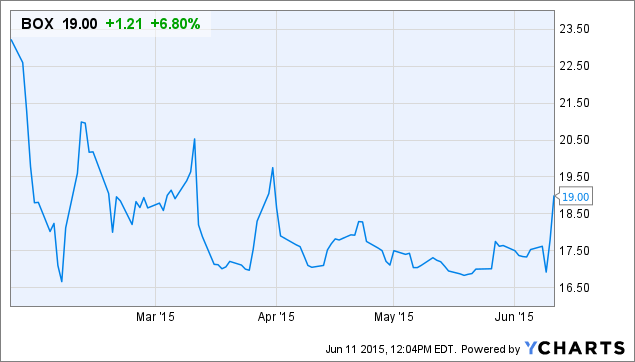