In a research note out today, Canaccord Genuity analyst Kenneth Herbert reiterated an Outperform rating on shares of Boeing Co (NYSE:BA), after the company reported its first-quarter results, posting EPS of $1.97, compared to Herbert’s estimate of $1.63 and consensus of $1.81. As a result, the stock’s price target has been slightly raised to $165 from a previous target of $160, which implies an upside of 6% from current levels.

The analyst continued, “The key risks remain the 777 order bridge and 787 execution (and cash flow). Management sounded confident on the 777 order bridge, claiming it is at 25 so far in 2015 orders, or approximately 50% of its full year goal of 50. We continue to believe there are ~250 slots still to sell covering the 2018-2021 period. While we believe investors increasingly expect a rate reduction on the 777, this is not priced into the stock, in our view. If Boeing were to announce a rate reduction on the 777, we would expect this by early 2016, providing about 2 years of lead time. However, management sounded more confident in its ability to take rates higher on the 737, which we believe will ultimately step up to the ~60/month range.” 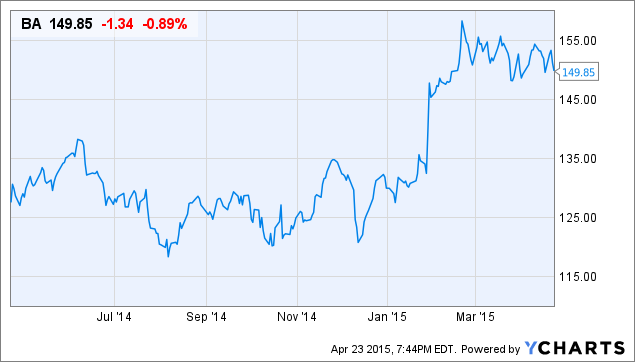