Canaccord Genuity analyst Jason Mills came out today with a favorable report on Sunshine Heart Inc (NASDAQ:SSH), following the news that the company received unconditional approval from the FDA to conduct an interim analysis of COUNTER HF, the Company’s U.S. pivotal study.

The analyst reiterated a Buy rating with a $10 price target which represents a potential upside of 48.1% from where the stock is currently trading.

Mills wrote, “We would be buyers of SSH following today’s announcement. This decision could allow for a significantly reduced trial timeline if the study’s results meet the analysis’ higher statistical threshold. Today’s announcement, coupled with last week’s announced loan agreement with Silicon Valley Bank providing SSH with up to $10.0M in growth capital, make us increasingly bullish on the company’s prospects moving forward. We view COUNTER HF enrollment as the most significant catalyst for the stock, and remain positive regarding the C-Pulse’s long-term potential for treating Class III heart failure. If the study duration is able to be reduced, we see additional upside to our current view. As 2015 progresses, we believe pivotal trial enrollment will accelerate, which we think will drive appreciation in SSH common toward our $10 price target.“ 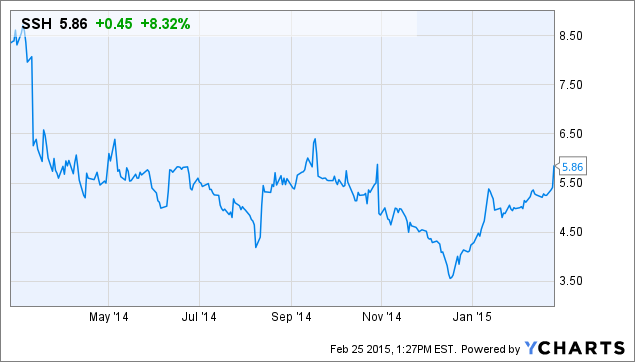