Canaccord analyst Matt Ramsay was out pounding the table on NXP Semiconductors NV (NASDAQ:NXPI) Tuesday, reiterating a Buy rating and price target of $130, which implies an upside of 47% from current levels.

Ramsay wrote, “Amidst the market turmoil the past several weeks, NXPI shares have traded back down to levels seen before the highly-accretive Freescale merger was announced in March. $9-10 in post-merger earnings power for 2017 are levels that have been heavily debated in our investor conversations over the last few months, and we still believe these are achievable when considering both cost and revenue synergy potential. However, Pragmatically and conservatively discounting these numbers in attempt to factor in potentially slower global automotive growth and more modest GDP growth in China, we believe $8-9 in 2017 earnings power is very realistic and NXPI shares trade today at only 10x that range.”

Bottom line: “We continue to believe NXP is fundamentally the best positioned mixed-signal semiconductor firm, regardless of market cap. Incorporating the effects of the pending Freescale merger, our thesis changes little. We believe the companies’ product portfolios are complementary, particularly in automotive and IoT, and should allow for considerable cost synergies, pushing operating margin toward 30% once fully integrated with considerable pro forma free cash flow feeding a resumed buyback program mid-2016.”

Out of the 16 analysts polled by TipRanks, 14 rate NXP Semiconductors stock a Buy, while 2 rate the stock a Hold. With a return potential of 28.3%, the stock’s consensus target price stands at $113.07. 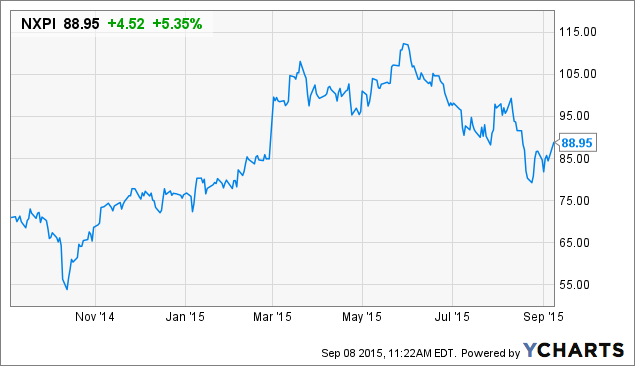