Canaccord Genuity analyst Michael Graham was out pounding the table on Pandora Media Inc (NYSE:P) Tuesday, reiterating a Buy rating and price target of $28, which represents a potential upside of 73% from where the stock is currently trading.

Graham noted, "At Pandora’s recent analyst day, management laid out ambitions to expand internationally and offer listening formats beyond radio. Both of these strategic directions would require direct licenses from music copyright holders, and we believe Pandora has had constructive early-stage discussions with at least some of these parties. That said, significant progress seems to be on hold until the CRB rules on 2016-2020 rates, and recent weeks have seen the landscape further complicated by the opening of the DOJ’s examination of the consent decrees governing major publishing PROs." 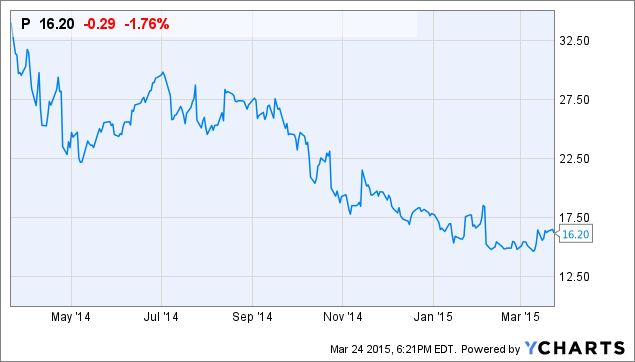