Canaccord Genuity analyst Richard Davis was out pounding the table on Oracle Corporation (NYSE:ORCL), reiterating a Buy rating and price target of $50, which implies an upside of 13% from current levels.

Davis noted, "We believe that ORCL shares are poised to at least catch up, if not surpass for awhile, peer large cap software stocks. Why? It's our view from 3 weeks of client meetings that too many investors view Oracle as old software surrounded by bluster. Obviously, Oracle is not perfect, but it is far better than the skeptics assert. With a few more 30%+ SaaS, PaaS and IaaS growth quarters, we expect investors to upwardly re-rate the stock’s P/E multiple up by 1-2 points. That implies roughly 15% upside that should get traction most likely around the time investors see or begin to expect a solid May year end quarter." 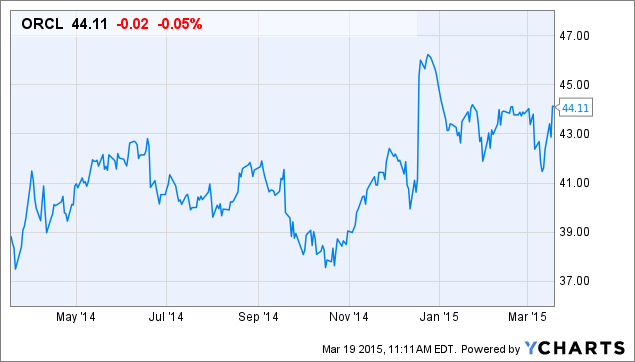