In a research report issued today, Canaccord analyst Michael Walkley reiterated a Hold rating on shares of BlackBerry Ltd (NASDAQ:BBRY) with an $8 price target, after the company announced the signing of a definitive agreement to acquire Good Technology for $425 million in cash. With the acquisition of Good, BlackBerry expands upon its global enterprise and government customers, as Good’s customer base includes more than 6,200 organizations, including more than half of the Fortune 100.

Walkley wrote, “With the majority of Good’s customers using iOS or Apple devices, we view this acquisition as positive for BlackBerry’s ability to broaden its customer reach, especially with our survey work indicating ongoing share gains for Apple in the enterprise market. Good Technology should also help BlackBerry build on its two new technology licensing deals announced last quarter. However, BlackBerry is part of Good’s licensing revenue resulting in some of Good’s revenue eliminated upon closing the acquisition.”

The analyst continued, “Based on management’s F2016 growth expectations for the core EMM business, we believe BlackBerry faces the challenging task of selling not just EMM subscriptions but must also upsell increasing amounts of VAS and close additional technology licensing deals to meet its F2016 software-related sales target. Further, we believe the continued steep decline in high margin services business and ongoing tepid hardware sales will remain a headwind to meaningful and sustained profitability during F16/F17.” 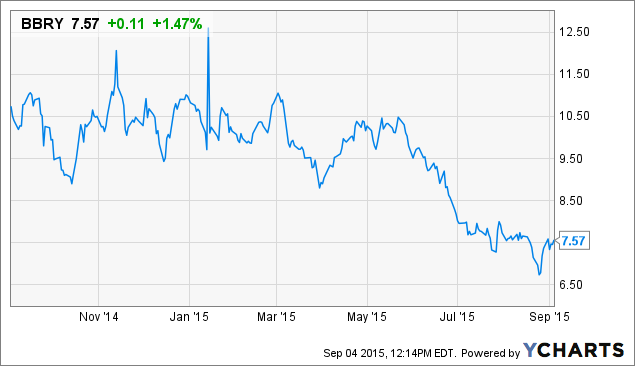