Canaccord Genuity analyst Gregory Miller weighed in with a few insights on Sprint Corporation (NYSE:S), as the company reported fourth-quarter results, which were largely in line with Canaccord’s estimates. The analyst reiterated a Hold rating and a $5 price target on the stock.

Miller wrote, “We recently adjusted estimates following pre-announced subscriber metrics last month. The main discrepancy came from benefits to reported EBITDA, which were the result of better-than-expected equipment costs pushed from the income statement to the balance sheet due to the company’s equipment leasing program on handsets. Importantly, we believe the company’s positively revised EBITDA guidance is very likely a function of the very same event which renders year-over-year EBITDA comparisons far less relevant.”

The analyst continued, “We believe it also calls into question just what it implies for year-over-year projected EBITDA growth on a comparable basis. Although repeatedly asked about the topic, it remains unclear just how much of a benefit it should have to the revised projection of 5%-7% annual EBITDA growth in 2015 as opposed to the prior expectation of flattish growth. Accordingly, even with the increasingly clear plan to turn the business around (at least the third such type plan in the past decade), we believe it prudent to continue to wait to witness some level of fundamental improvement in the business before accumulating shares.”

Miller concluded, “In our view, the company should drive EBITDA growth as a result of accounting conventions for leased phones. However, as the only major wireless company currently pushing handsets to its subscribers in this fashion, it renders the primary income statement item for comparable valuation less meaningful. Further, the long-term impact on free cash flow – unlike strict EIP sales, which have become industry convention and are better understood – is unclear, as management has not yet committed to clearly disclosing such.” 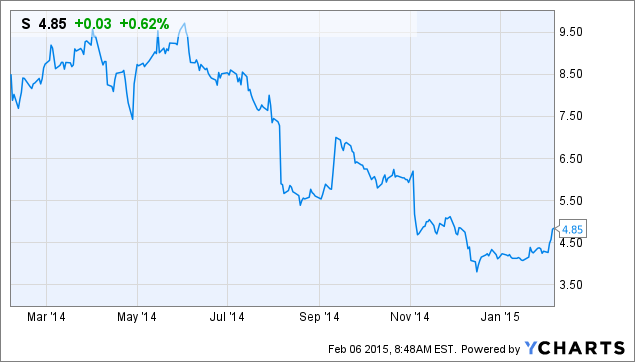