Canaccord Maintains Hold On Rex Energy Ahead Of Earnings

In a research report released Tuesday, Canaccord Genuity analyst Karl Chalabala maintained a Hold rating on Rex Energy Corporation (NASDAQ:REXX) with an $8.00 price target, as the company is scheduled to be posting its fourth-quarter earnings results tomorrow after market close.

Chalabala noted, “Rex had guided to a 2015 capital budget of between $180 and $220 million, a 44% reduction from the midpoint of their 2014 capital budget. Importantly, they guided to 5% in cost savings in their core operations with further savings of 3-5% by mid-year. The timing of these cost savings may help determine when the majority of D&C capex will be spent this year and thus the production outlook.”

The analyst added, “Rex currently has 80% of its natural gas gas production and 70% of its liquids production hedged. The company has also hedged roughly 80% of their basis risk at Dominion South point at an $.80 differential to NYMEX, a prudent move in our view given the current near-term pressure to gas prices.”

According to TipRanks.com, which measures analysts’ and bloggers’ success rate based on how their calls perform, analyst Karl Chalabala has a total average return of -11.2% and a 50.0% success rate. Chalabala is ranked #3154 out of 3476 analysts. 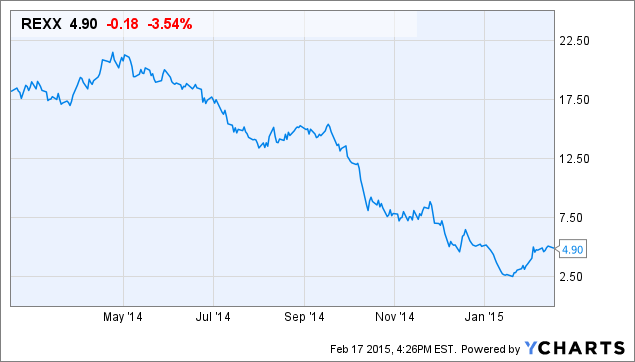