In a research note released Friday, Canaccord analyst Michael Walkley maintained a Hold rating on shares of Peregrine Semiconductor (NASDAQ:PSMI) and significantly raised his price target to $12.50 (from $6.50), following today’s news that Murata Electronics North America, a subsidiary of Murata Manufacturing Co, Ltd, will acquire all outstanding shares of Peregrine for $12.50 per share.

Walkley commented: “Despite near-term headwinds from the anticipated loss of content share in Apple’s upcoming iPhone products, longer term we believe Peregrine’s patented UltraCMOS technology provides competitive advantages such as better performance, improved integration, and lower power than competing technologies. Since we believe this definitive merger agreement is likely to close at the proposed price, we raise our price target to $12.50 but maintain our HOLD rating.” 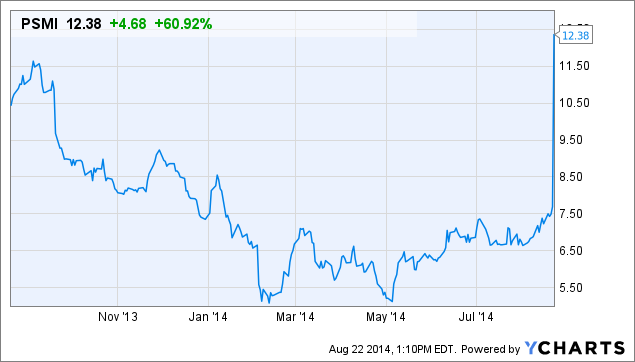