In a research note released today, Canaccord Genuity analyst Robert Young maintained a Hold rating on Dragonwave Inc (DRWI) with a $2 price target. The note follows yesterday’s news that the company intends to offer 13,850,000 units of the Company at a price to the public of C$1.80 per Unit, for gross proceeds of approximately C$25 million. Additionally the company announced an $80 million mixed shelf following the public offering which provides the company with flexibility to raise additional capital as required.

Young noted, “As indicated in our note, Q1/15: Journey Underway, a raise was not out of the question so this is not a surprise”. He continued, “Though the cash position appears more stable if the C$21.5 million offering closes, an $80 million mixed shelf could pose an overhang as investors could face further dilution if equity rather than debt is raised”.

The analyst added, “In our view the master agreement with Reliance to support its 4G/LTE deployment in India was a milestone agreement for the company. We believe that the contract win could be a turning point for DragonWave if the company can turn the initial order into a long-term opportunity though clarity on timing would provide better visibility. We suspect a better balance sheet would help progress through diligence checks that large carriers (like Sprint and Reliance) perform on vendors”.

According to TipRanks.com, which measures analysts and bloggers success rate based on how their calls perform, analyst Robert Young has a 5.2% average return and a 100% success rate. Young is ranked #2183 out of 3222 analysts. 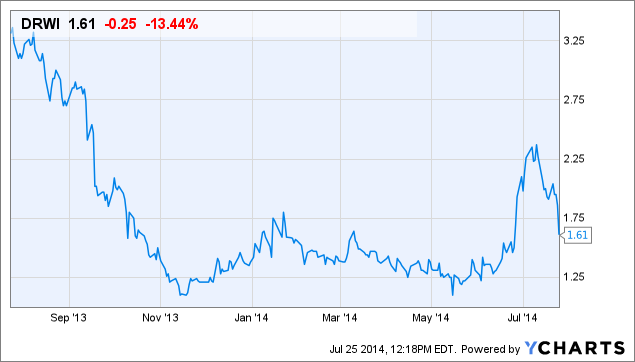