In a research report published Friday, Canaccord Genuity analyst Stephen Berman maintained a Buy rating on Whiting Petroleum Corp (NYSE:WLL) with a price target of $44, after the company reported fourth-quarter results, posting EPS/CFPS of $0.44/$3.19 compared to Berman’s estimates of $0.41/$3.22 and consensus of $0.51/$3.49, respectively.

Berman noted, “We believe WLL has substantial upside given its sizable ~812K net acre position in the core of the WB. Last year’s acquisition of KOG significantly bolstered its inventory of high quality WB locations. The company is also a leader in adopting enhanced completion techniques in the play. We consider WLL’s Redtail position to be quite good with upside coming from the Niobrara C bench and the Codell formation.”

“Regarding liquidity, WLL stated that it expects to be put with ~$750M of legacy KOG bonds. The company would draw from the revolver to meet the put obligation. Pro forma liquidity would then be ~$1.35B. We project a ~$780M cash burn this year, but WLL also has access to a $1.0B term loan facility and also anticipates raising another ~$1.0B through divestitures this year. We believe the majority of any proceeds would be from midstream assets, either through a partnership or an outright sale. All told, we think that WLL’s liquidity will be sufficient for the next two years.”

According to TipRanks.com, which measures analysts’ and bloggers’ success rate based on how their calls perform, analyst Stephen Berman has a total average return of -16.4% and a 34.4% success rate. Berman is ranked #3463 out of 3483 analysts. 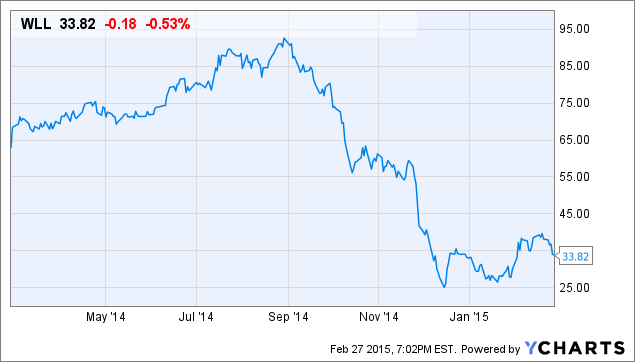