In a research report issued yesterday to investors, Canaccord analyst Stephen Berman reiterated a Buy rating on Penn Virginia Corporation (NYSE:PVA) with a $23 price target, as the company cut its H2/14 production guidance due to anticipated completion delays in the EF.

Berman wrote, “PVA has been successful in transitioning to a liquids-focused company while maintaining leverage to an improvement in natural gas prices. It has built a sizeable ~102K net acre position in the volatile oil window of the Eagle Ford (EF) and has generated solid results through the drillbit while bringing down costs at the same time.” 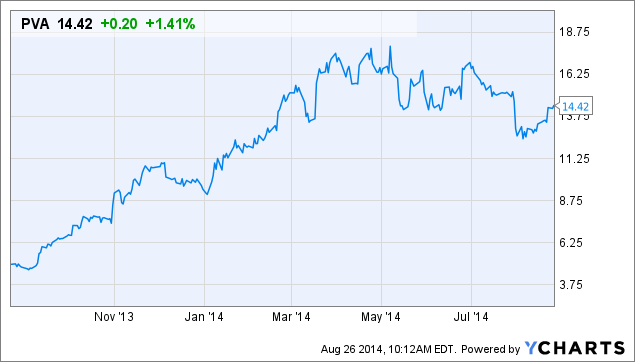