Canaccord analyst Michael Graham came out with some commentary on Glu Mobile Inc. (NASDAQ:GLUU), after the Company’s CFO Eric Ludwig made a presentation at the Canaccord Genuity Global Growth Conference.

Graham wrote, “The game launch delays that were announced in Q2 are not structural. The three main reasons for pushing out game launches were: 1) GLUU opportunistically added Jason Statham to Sniper X, requiring additional time to integrate his personality; 2) Eternity Warriors 4 did not see beta metrics up to par, and is being pushed to later in Q3; and 3) a single challenge in a celebrity game in development led to resources being used from other teams, pushing out their timelines.”

Furthermore, “Glu remains confident in the H2 bookings ramp implied by company guidance. The core catalog (Kim Kardashian: Hollywood, Racing Rivals, Deer Hunter 2014) has experienced a resurgence. In Kim Kardashian’s case, the game is ranking at launch levels, despite being released a year ago. Additionally, the company will benefit from a full quarter of contribution from new titles like Deer Hunter 2016, Eternity Warriors 4, and Tap Sports Football (launching this week). Even performing at a level flat with their predecessors, these games would provide a meaningful bookings base (>$37M).”

The analyst rates Glu Mobile shares a Buy, with a price target of $9.00, which represents a potential upside of 87% from where the stock is currently trading.

All the 7 analysts polled by TipRanks rate Glu Mobile stock a Buy. With a return potential of 77.7%, the stock’s consensus target price stands at $8.56. 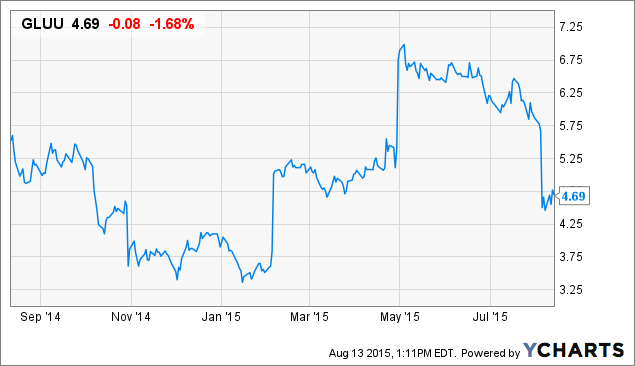