In a research report issued yesterday, Canaccord Genuity analyst Ken Herbert maintained a Buy rating on Boeing (NYSE:BA) with a price target of $160, on the heels of Boeing’s new $4.2 billion contract from NASA to build its next passenger spacecraft.

Herbert wrote, “The CST-100 will transport up to 7 passengers to the space station or other low-earth destinations. While the revenue impact on 2014-2015 is limited, the contract covers an uncrewed flight in early 2017, followed by the first crewed flight to the space station in 2017. We believe the primary revenue impact will be in the 2016-2018 timeframe. While we view this contract win as a clear positive, BA stock will continue to trade on commercial sentiment, which we view as favorable.”

Herbert added, “Boeing’s $4.2B contract, much of which should flow through the Network and Space segment, represents a positive catalyst. We are not yet adjusting our estimates, and we continue to see total BDS sales down ~8% in 2014, then ~2% in 2015, before basically flat in 2016. We believe this is a five-year contract, but the timing is unclear. We believe BA defense sales are down again in 2015, but this contract can help to accelerate the recovery off the bottom, and help to offset other potential headwinds in the BDS portfolio (F-18, V-22, F-15).” 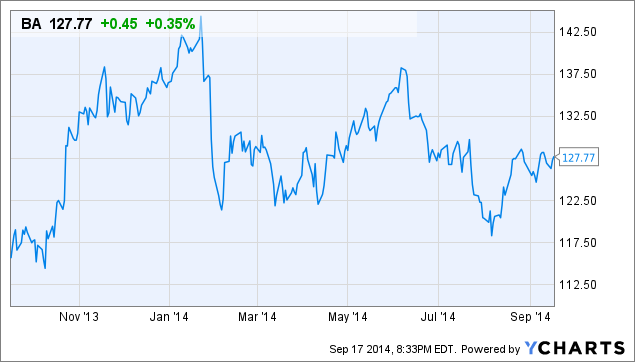