In a research note released Friday, Canaccord Genuity analyst Bobby Burleson maintained a Buy rating on Arcam (AMAVF) and lowered his price target to SEK265 (from SEK325) as Arcam’s new orders are shifting to aerospace (80/20 in Q2) versus ~50/50 historically.

Burleson wrote, “In our view, this shift portends a substantial increase in order rates when aerospace customers begin to build capacity for volume production. We continue to see GE’s Avio Aero facility as one of the largest single opportunities for Arcam given its focus on titanium aluminide (Arcam’s EBM is most viable process) and potential capacity for up to 60 machines. Near term, we could see upside to our revised estimates if Arcam fulfills its 2014 shipment potential of 35 units (our model reflects 33)”.

The analyst continued, “Management expects continued strong growth in 2014 driven by a strong order book of 17 systems at the end of the JunQ, resolution of China customs issues, normalized build cycle times of three months and favorable business conditions. Arcam exited the JunQ with 347.1 MSEK in cash and securities”.

According to TipRanks.com, which measures analysts and bloggers success rate based on how their calls perform, analyst Bobby Burleson has a 7.7% average return and a 56% success rate. Burleson is ranked #408 out of 3222 analysts. 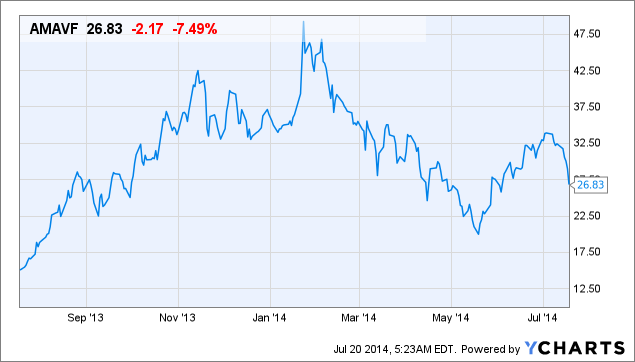