Canaccord Genuity analyst Eli Kantor maintained a Buy rating on Diamondback Energy (NASDAQ:FANG) with an $80 price target, after the company provided an operational update for the quarter ended December 31, 2014, and announced preliminary financial and operating guidance for the full year of 2015.

According to TipRanks.com, which measures analysts’ and bloggers’ success rate based on how their calls perform, analyst Eli Kantor has a total average return of 16.0% and a 42.9% success rate. Kantor is ranked #1257 out of 3425 analysts. 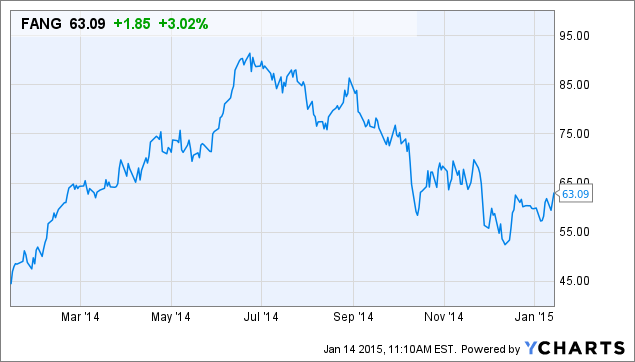