In a research note released yesterday, Canaccord analyst Josh Baribeau maintained a Buy rating on Canadian Solar (NASDAQ:CSIQ) and increased his price target to $48 (from $44), following Baribeau’s week-long tour of some of the major regions of the local solar regions.

Baribeau wrote, “We believe that the local solar industry in Asia is strong and poised to tighten.” The analyst continued, “After a slow start to the year we believe that China will hit its aggressive installation target of 13GW and remain a resilient market in the coming years following a positive change to its rooftop and commercial policy.”

Baribeau added, “We are seeing limited capacity expansion. With the strength in the markets, some tightness in demand and price stabilization is likely into Q4 and exiting the year, benefitting module makers such as Canadian Solar. We continue to believe that Canadian Solar’s project pipeline puts it in an enviable position among its Chinese manufacturing peers who have yet to gain significant footholds in the often-more lucrative international markets.” 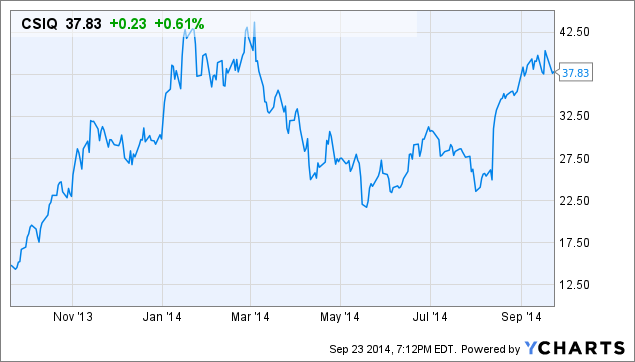