Canaccord Genuity analyst Michael Walkley maintained a Buy rating on Apple (NASDAQ:AAPL) with a price target of $135, which represents a potential upside of 24% from where the stock is currently trading.

Walkley wrote, “Our U.S. smartphone surveys during December and into January indicated strong demand and high-tier market share gains for the iPhone 6/6 Plus smartphones. While our surveys indicated gradually improving in-store availability for the higher memory (64GB and 128GB) iPhone 6/6 Plus models, we believe overall supply remains below consumer demand with popular 64 GB SKUs in tight to limited supply.”

The analyst continued, “With our surveys indicating very strong December quarter holiday sales with continued strong demand in January particularly for the higher-ASP higher memory models, we have increased our December quarter iPhone and overall Apple estimates. Further, we maintain our belief the strong demand and increased mix for the higher memory iPhone SKUs will continue for future iPhone upgrade cycles as we believe Apple captured meaningful high-end and sticky market share with the iPhone 6 products. Further, with consumers using and storing ever increasing amounts of data on their smartphones, we believe this will result in an improving mix of higher-end memory SKUs to drive strong iPhone ASP trends.” 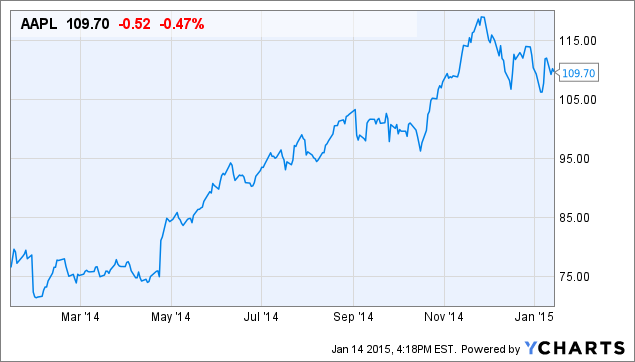