Canaccord Genuity analyst Keith Carpenter came out today with a research report on Potash Corp./Saskatchewan (USA) (NYSE:POT)  following the news that the company proposed an offering  of “more than €40 per share” or US$8.6 billion to acquire K+S company. Furthermore, the same news source reported that the offer was insufficient. Carpenter maintained a Hold rating on the stock with a price target of $34.00, which implies an upside of 6.6% from current levels.

Carpenter commented, “We have previously stated that we are concerned about the addition of further potash supply over the medium and long term. Potash Corp itself has commented that it has concerns beginning in 2018 and beyond. On an operating cost level, POT’s average cost per tonne was US$80 last quarter, while K+S is double that level and is the highest cost major producer.”

“Obviously when looking at this potential combination, POT would not need the added capacity (as it has plenty of excess capacity), nor would it look to dilute its assets by acquiring a high cost producer.” Further, “In our opinion, this potential offer would be solely due to the concern POT has on additional supply placing irreversible pressure on pricing beginning in 2018.”

Out of the 12 analysts polled by TipRanks, 3 rate Potash stock a Buy, 7 rate the stock a Hold and 2 recommend Sell. With a return potential of 11.5%, the stock’s consensus target price stands at $35.56. 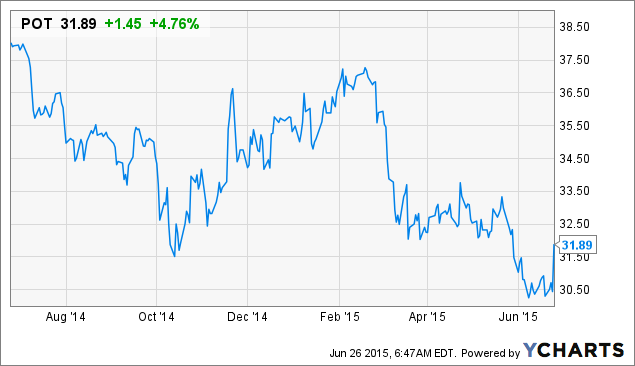