Canaccord Genuity Remains On The Sidelines With Amazon.com, Inc. After Revisiting Margin Drivers

Canaccord Genuity analyst Michael Graham offered some cautious commentary on Amazon.com, Inc. (NASDAQ:AMZN) after revisiting the company’s margin drivers. The analyst reiterated a Hold rating on Amazon, and raised the price target from $380 to $400. Shares of AMZN are currently trading at $425.68, down $4.24, or -0.99%.

Graham commented, “Amazon stock has been a dramatic outperformer this year, up 39% YTD versus the S&P up 2%. The primary drivers have been slightly more constructive margin commentary from the company, solid growth even against currency headwinds, and the breakout of AWS as a separate segment. We missed the big move, and have considered the merits of buying on strength.”

“However, for now we remain HOLD rated based on the notion that margin expectations have expanded noticeably over the past two quarters, whereas in general we still believe the company is in investment mode and likely will be until some point in the future when international fulfillment expansion subsides. That said, we do see constructive signals in AWS growth, profitability, and potential valuation.”, the analyst also noted.

According to TipRanks.com, which measures analysts’ and bloggers’ success rate based on how their calls perform, analyst Michael Graham has a total average return of 15.5% and a 54.6% success rate. Graham is ranked #181 out of 3624 analysts. 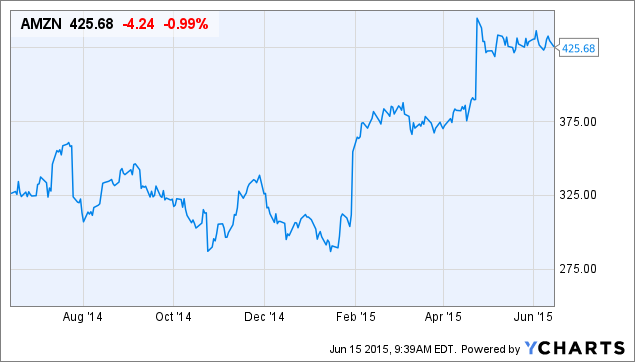