In a research report sent to investors on March 12, Canaccord Genuity analyst Richard Davis reiterated a Hold rating on Box Inc (NYSE:BOX) and lowered his price target to $20.00 from $22.00 after the file sharing and cloud management company released earnings. Box shares are currently trading at $17.38, up $3.15 or 15.34 percent

Davis noted that the earnings report was slightly complex. Though the stock is far from “value territory,” Davis will reassess his Hold rating “should it correct further toward the IPO price.” The analyst is bullish on the company’s revenue and operating cash flow upside; the large amount of accounts signed by BOX, and a partnership with Microsoft and Google. Davis highlighted that “Box currently has relationships with 50% of the Fortune 500 and 22% of the Global 2000.”

Davis is bearish on Box for several factors. Box reported higher-than-expected calculated billings and does not expect to be profitable for 8 more quarters. Furthermore, Davis noted that it is difficult for the company to attract sales talent. 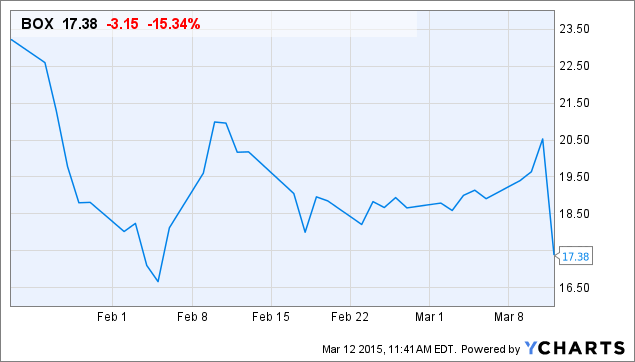