After Transocean LTD (NYSE:RIG) announced plans to scrap two more of its floaters, analyst Alex Brooks of Canaccord Genuity published a report on April 2 in which he maintained a Sell rating on the offshore drilling contractor. Brooks provided a price target of $10, which represents a potential downside of 30.9% from where the stock is currently trading.

Brooks noted that Transocean's recent pattern of scrapping floaters and that 1Q incremental charge is "likely to be around $420m." Transocean will have 52 floaters in 2017, down from 62 in 2014. Due to these announcements, Brooks anticipates a loss of greater than "$1/share in 2016E: well below current consensus."

Despite long term decreases, Brooks noted that short-term figures look brighter. Transocean's 4Q "results were surprisingly strong" and the analyst expects this trend "to continue into 1Q." However, Brooks reiterated that he remains bearish for the long term. He commented, "Like the rest of the industry, Transocean is burning through its backlog quickly, and there is little imminent prospect of substantial new awards." Brooks concluded that he expects to see losses through 2019E. 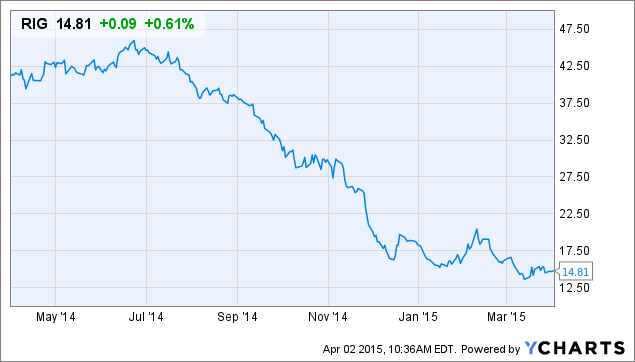